This site does not support Internet Explorer. Please use a modern browser such as: Chrome, Firefox, Safari (included with Mac OS) or Edge (included with Windows).

History of the MSU Herbarium 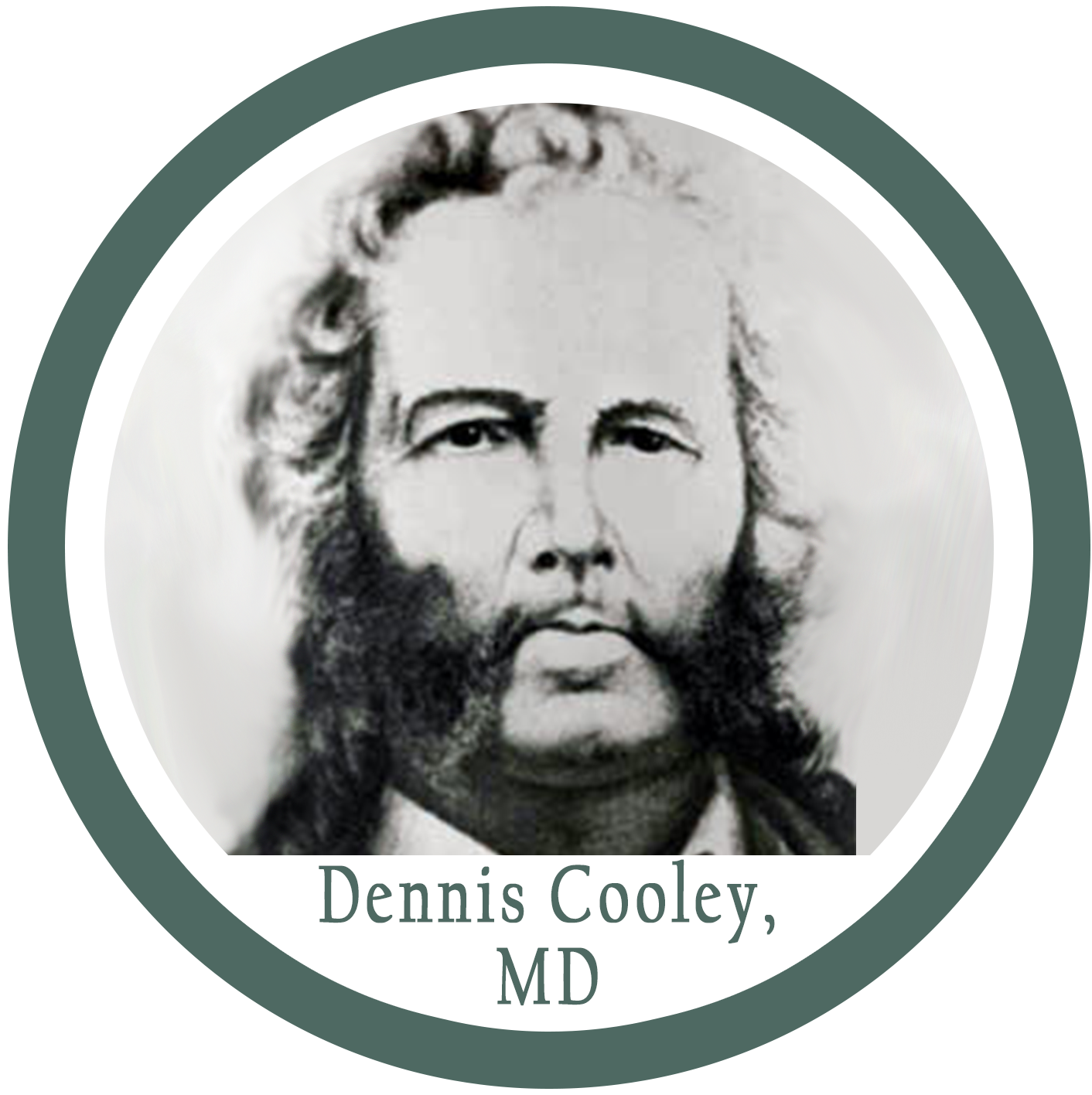 The MSU Herbarium was founded in 1863 with a donation of the private collection of Dennis Cooley, MD, to Michigan Agricultural College (now Michigan State University). The collection contained about 20,000 plants that had been collected by Dr. Cooley from Michigan and Massachusetts. 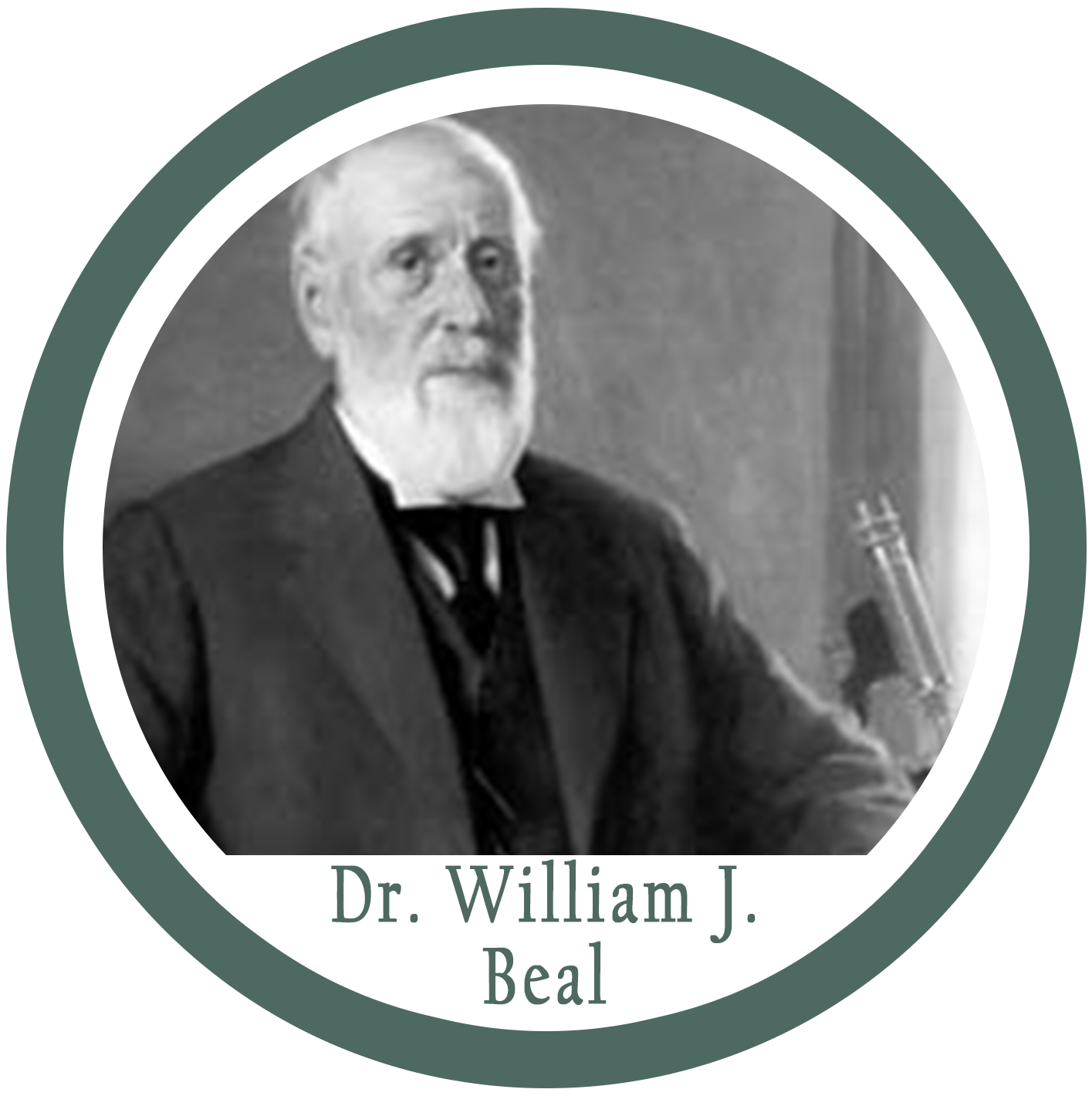 Seven years later Dr. William James Beal was appointed as lecturer in Botany, and he brought with him a collection of about 2000 specimens. The MSU Herbarium began to grow actively after 1883 when Dr. Beal spent much of his time avidly acquiring specimens through collecting, purchases, and exchanges. In 1888 the building housing the MSU Herbarium burned, but all the collections were saved except some private collections of C. F. Wheeler. At the time of Dr. Beal's retirement in 1910, the MSU Herbarium had a total of 106,000 accessioned specimens. Because of their nomenclatural and historical importance, many of the specimens acquired during this period are among the most valuable in the collection. 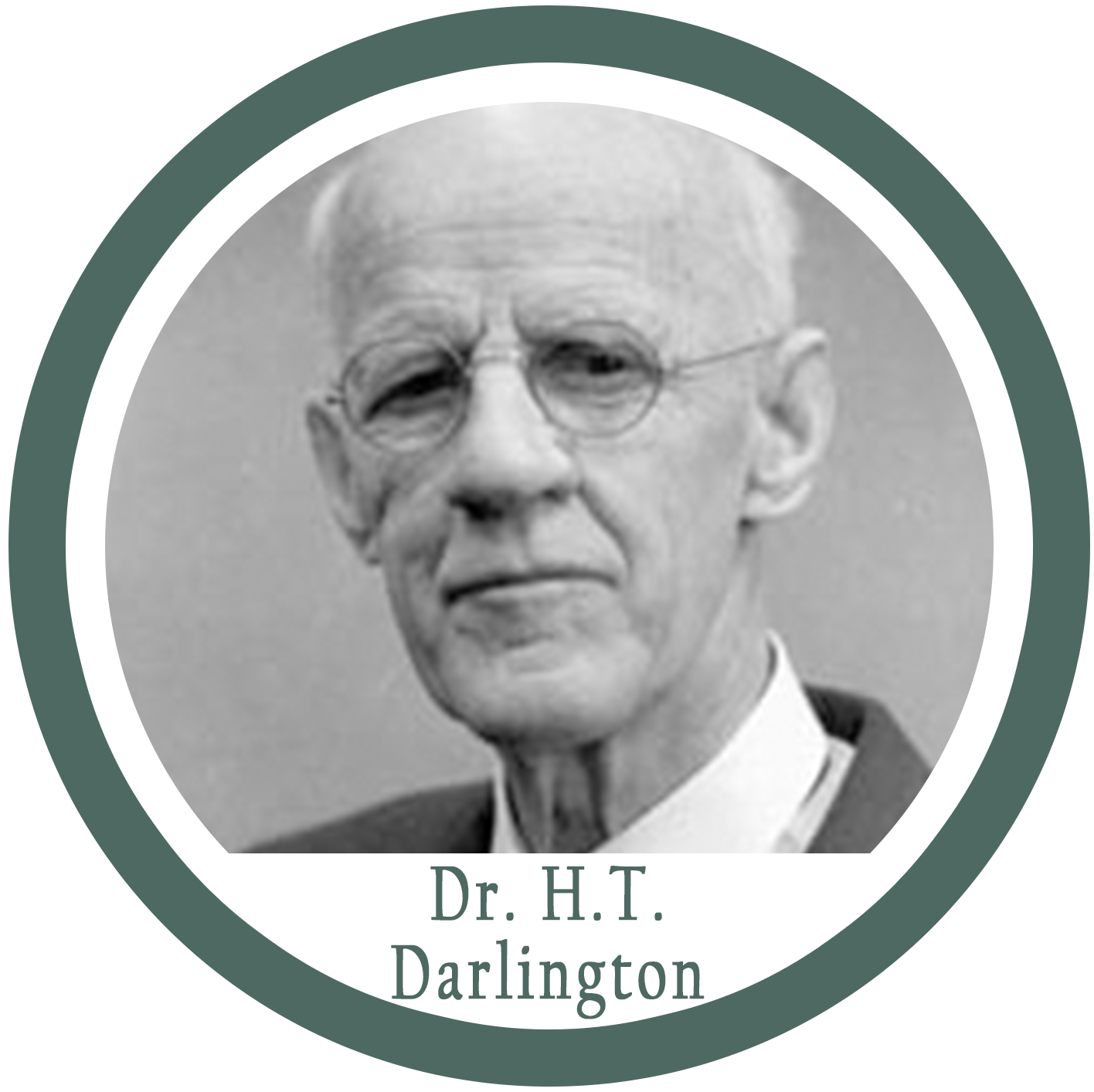 The retirement of Dr. Beal was followed by a period of slower growth. Dr. Ernst A. Bessey was hired as Beal's replacement in 1910 and he was head of the Department from 1910 until 1945. Between the years of 1914 and 1945, Dr. H. T. Darlington was Curator of the MSU Herbarium. Growth of the collection was limited by lack of space; only 5000 specimens were accessioned during Dr. Darlington's tenure. In 1925 the University's name was changed to Michigan State College and the official herbarium acronym (MSC) was set. 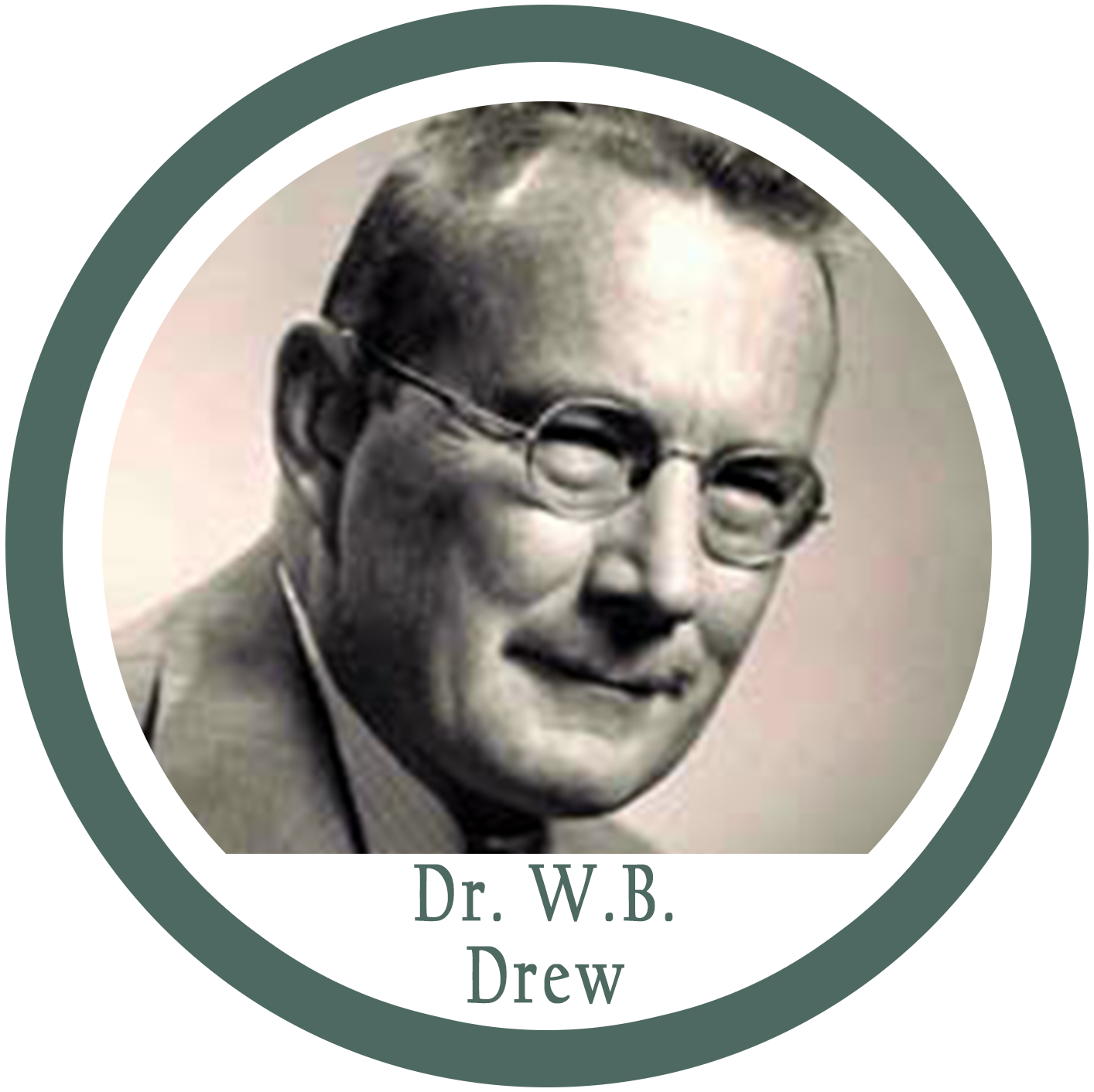 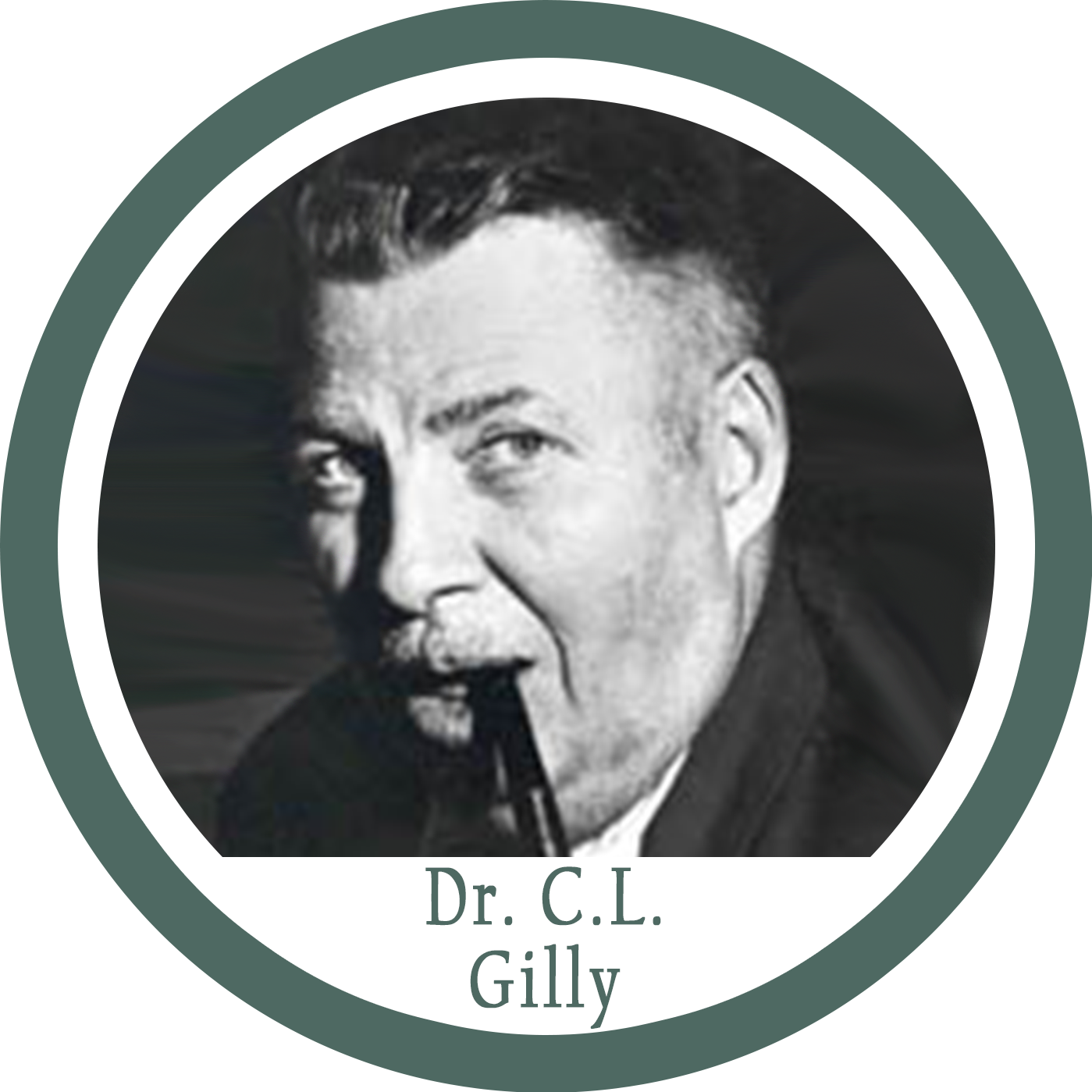 In 1945, Dr. W. B. Drew became an Associate Professor in the Department of Botany and Plant Pathology and was hired as a professor at Michigan State University from 1948-1973. In September 1948, Dr. C. L. Gilly was also appointed as an Assistant Professor of Botany and became a curator of the botanical collections. Under the guidance of Drs. W. B. Drew and C. L. Gilly, the MSU Herbarium moved to a new building housing the Department of Botany and Plant Pathology and several other departments. This allowed the collection to begin to grow again, and an accession numbering system was instituted. In 1951 Dr. Gilly recorded a total of 120,141 specimens. All subsequently added specimens were numbered and a permanent record of all additional specimens has since been maintained. Dr. Gilly resigned in 1954 and was replaced by Dr. Quentin Jones, who resigned in 1956. 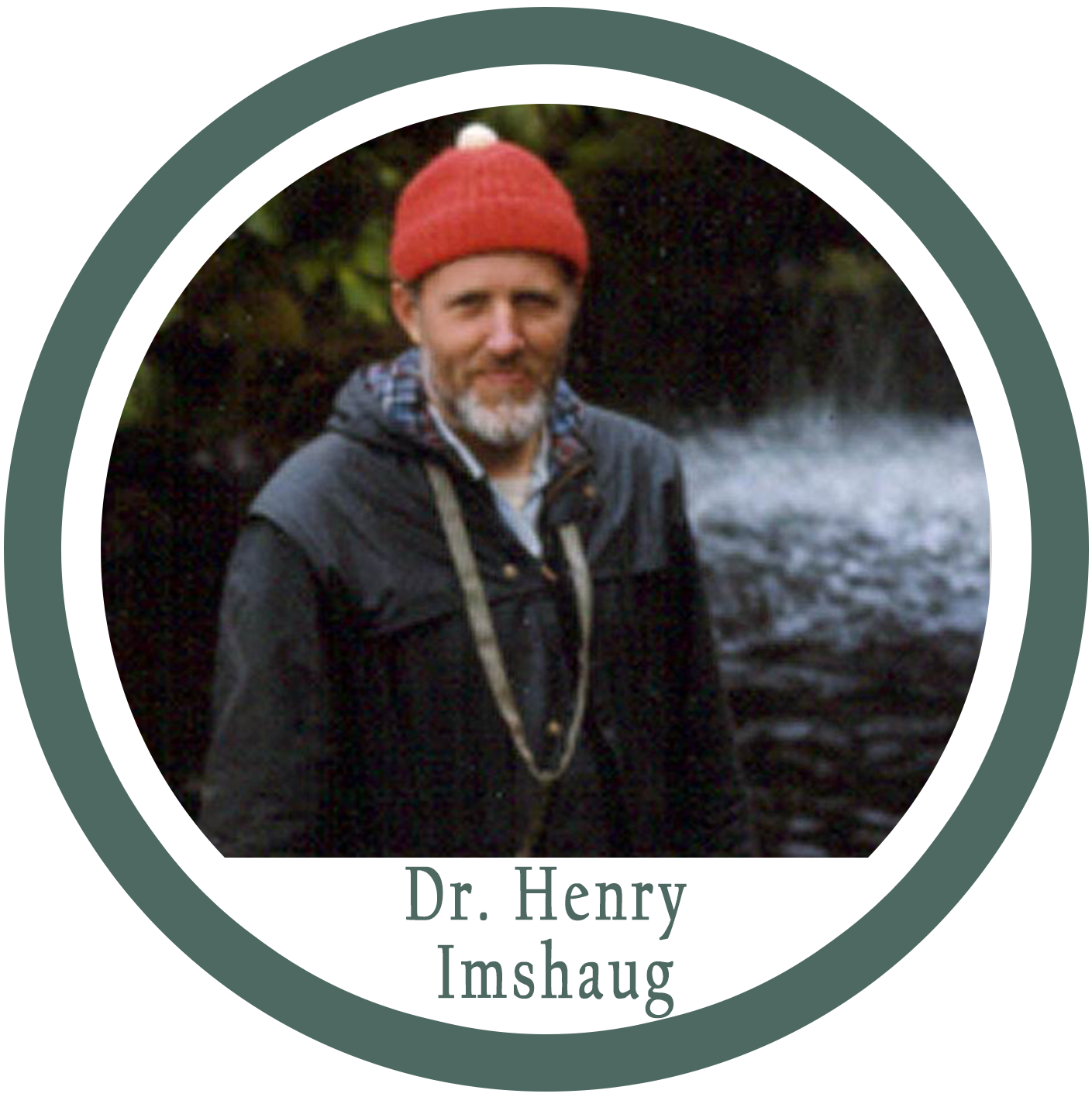 Dr. John Beaman and Dr. Henry Imshaug were hired in the mid-1950s as Assistant Curators. Short after his appointment, Dr. Imshaug proposed a separate administration for the cryptogamic collection. The Cryptogamic Herbarium at Michigan State University was created by action of the Board of Trustees of Michigan State University, and Dr. Imshaug was named its first Curator. The Cryptogamic Herbarium held 40,516 fungi and bryophytes. The vascular plant collection was renamed the Beal-Darlington Herbarium and held 114,827 vascular plants. A separate numbering system was instituted for new accessions to each collection.

From 1958 to 1990, the Cryptogamic Herbarium grew to nearly 150,000 accessioned specimens. Dr. Imshaug’s focus was on collecting lichens and the  lichen collection tripled in size, with an additional 200,000 unmounted specimens remaining in separate research collections. This collection was assembled largely by Dr. Imshaug and his graduate students, who included I. M. Brodo, R. C. Harris & C. M. Wetmore. The collection is notable for its extensive holdings from rarely visited island groups in the Southern Hemisphere, and an exsiccati collection containing ca. 12,000 specimens. Together they assembled an extremely valuable collection from many rarely collected regions of the world. Visit the Collections Page for more information about the holdings of this collection. Further details about how the lichen collection was reactivated can be found in this article, written by Alan Fryday and Alan Prather. 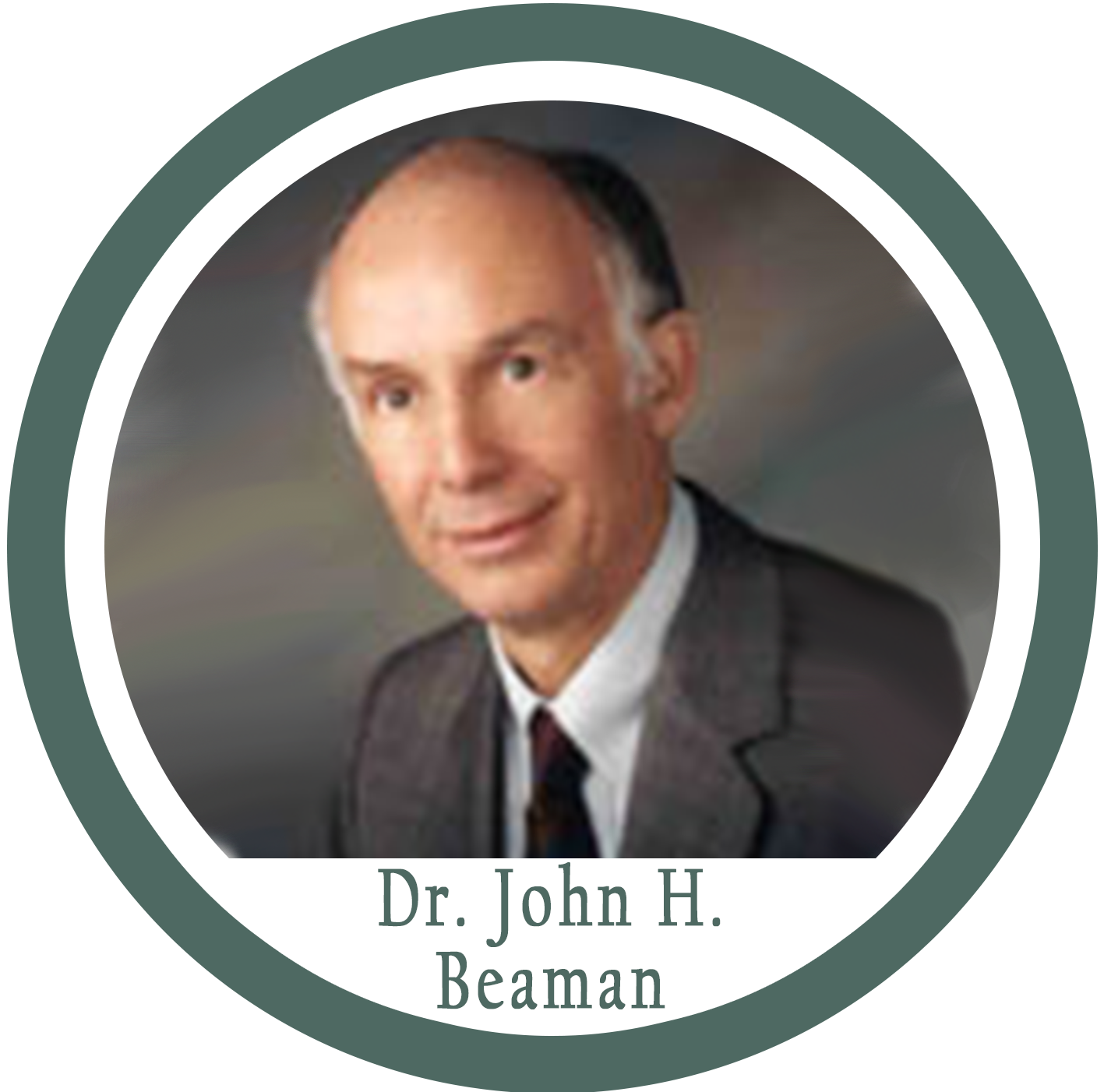 During Dr. Beaman's tenure as Curator, the Beal-Darlington Herbarium grew at an astounding rate. Over 200,000 specimens were added from 1956-1993. From 1963 to 1968 the Herbarium was housed in the former Chemical Engineering Building. In the summer of 1968, the Herbarium moved to its present location in the Plant Biology Laboratories building, in a location specifically built to permit growth of the collections.

From 1958 to 1990, the Beal-Darlington Herbarium acquired significant numbers of specimens from Michigan and Mexico thanks largely to the research of Dr. Beaman and his students. In 1983, with the support of the U.S. National Science Foundation, the cabinets housing the vascular plant collection were mounted on a compactor system with space for 248 cabinets.

In his late career and during his retirement, Dr. Beaman studied the flora of Mount Kinabalu, the highest peak in Borneo. The monumental efforts of Dr. Beaman and his collaborators resulted in the successful enumeration of all the plants of the region, published in a five volume set of books. This research contributed several thousand specimens to the Herbarium from one of the most biodiverse parts of the globe. In 1993 Dr. John Beaman retired as Curator of the Beal-Darlington Herbarium, a position he had held for 37 years. On 1 July 1994, Dr. Beaman became the founding Director of the Institute of Biodiversity and Environment Conservation (IBEC) at the University Malaysia Sarawak.

In addition to many other awards and honors, John Beaman received the Jose Cuatrecasas Medal for Excellence in Tropical Botany from the Smithsonian National Museum of Natural History in 2003 and he received the Asa Gray Award from the American Society of Plant Taxonomists for his outstanding contributions to plant systematics in 2004. He passed away in 2015. The John H. Beaman Memorial Herbarium Endowment, which supports the activities of the MSU Herbarium, has been established in his honor. To donate to this fund, click on this link (or enter https://givingto.msu.edu/gift/ into your browser) and search for "herbarium" in the Areas to Support search bar. 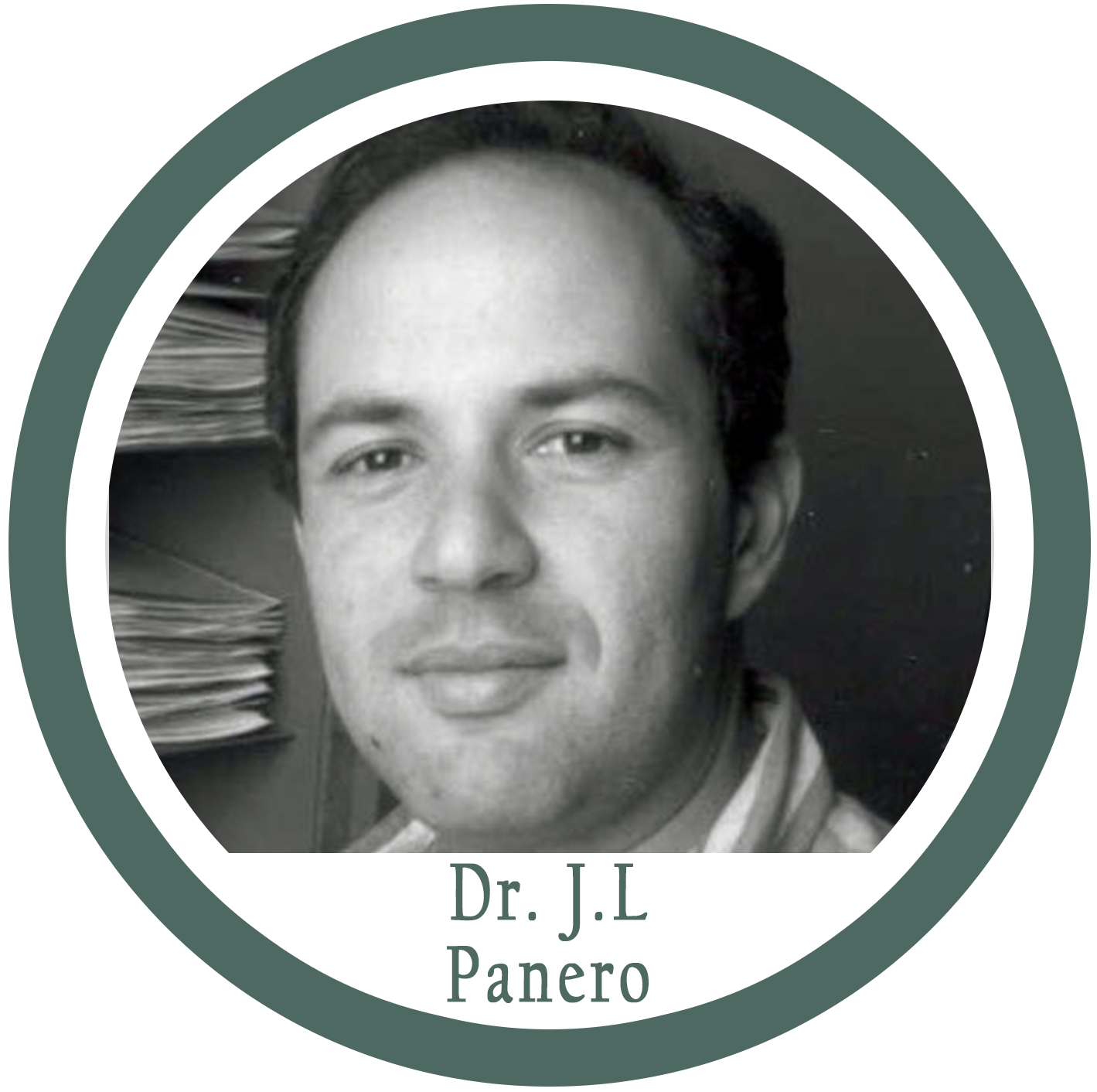 In 1993, following the retirements of Drs. Beaman and Imshaug, the previously separate Beal-Darlington Herbarium and Cryptogamic Herbarium were incorporated into one unit, the Michigan State University Herbarium. The accessions and records for the two collections were also combined. Dr. Jose L. Panero was appointed as Director of the Michigan State University Herbarium, with responsibilities over both vascular plants and cryptogams. At the time of reintegration, Dr. Jose Panero began a program to reorganize the lichen collection: Long overdue loans were returned, approximately 60,000 specimens were sent out on exchange or as gifts, and thousands of unfiled, unaccessioned specimens were organized and refiled. Dr. Panero resigned in 1996. 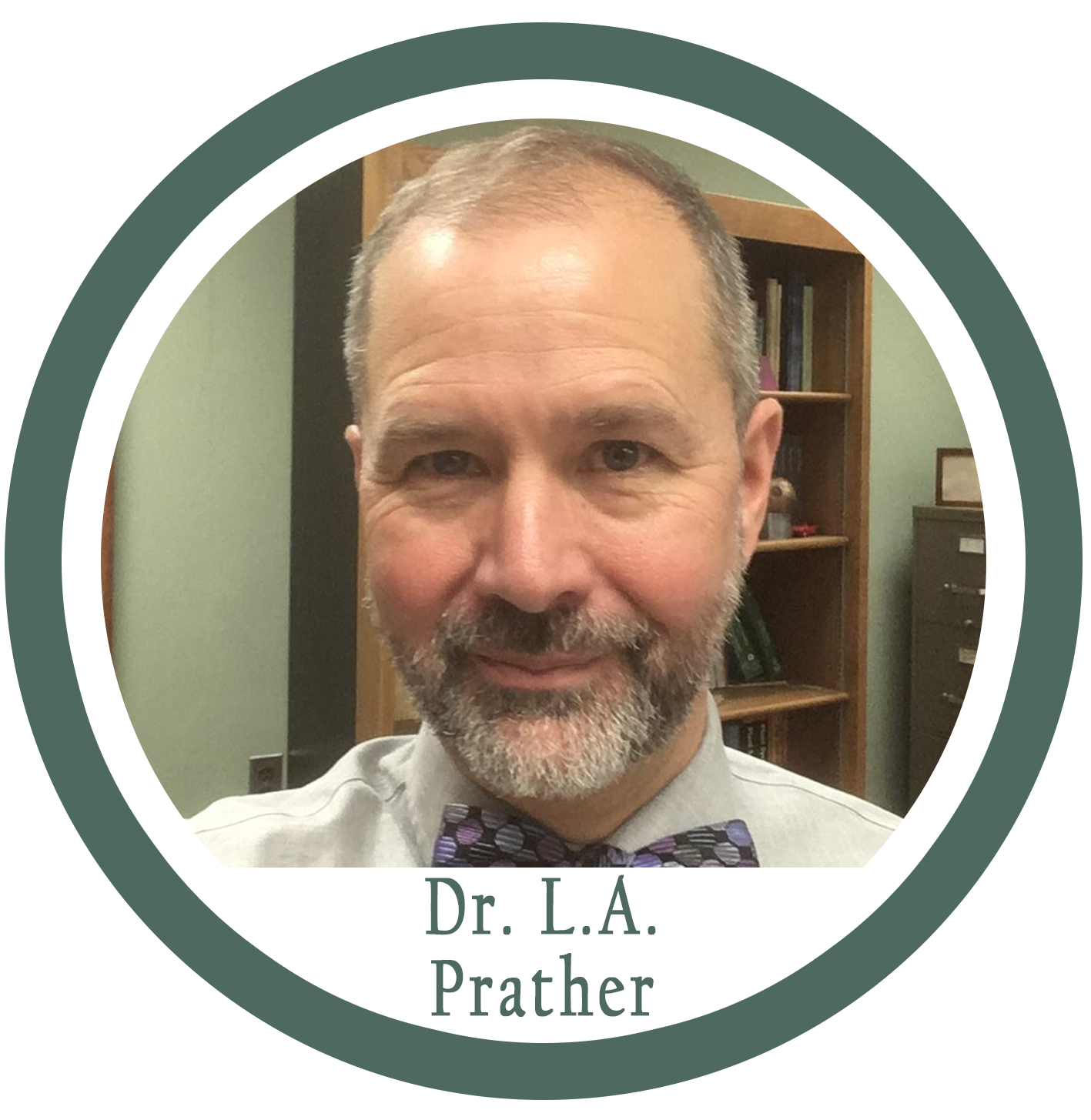 In 1997 Dr. Alan Prather was appointed as the Director of the Michigan State University Herbarium and continues in that capacity today. Dr. Prather specializes in morphological evolution of the Polemoniaceae and the systematics of Monarda and other mint genera (Lamiaceae). Under Dr. Prather's direction, and with funding from the U.S. National Science Foundation and Michigan State University, the MSU Herbarium added over 130 new herbarium cabinets, the lichen collection was reactivated, and a new compactor system has been installed in the lichen collection to provide space for growth. The MSU Herbarium has participated in seven digitization projects, resulting in an online database that includes over one third of the specimens in the collection. 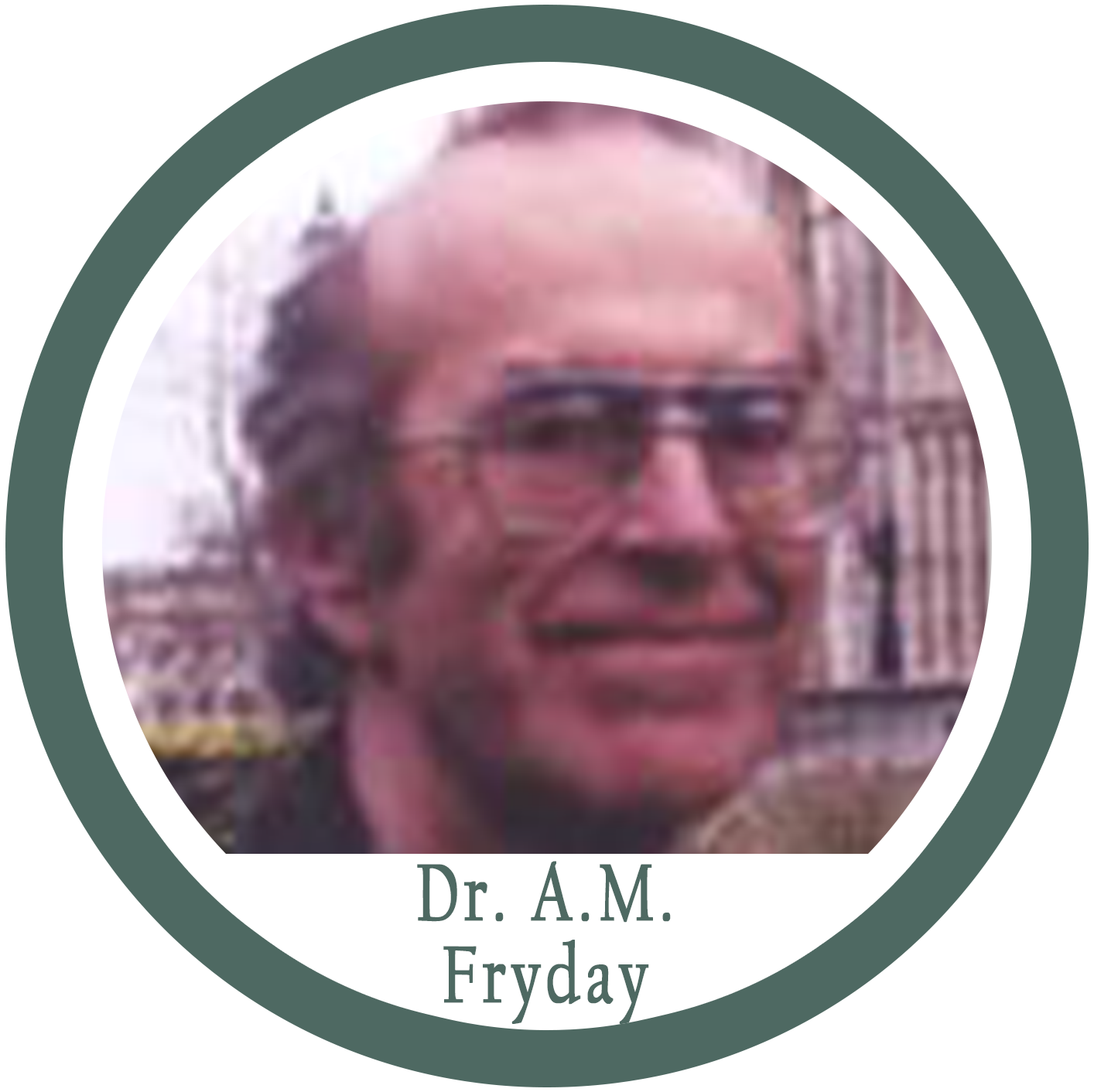 Dr. Fryday, a world-renowned lichenologist, specializing in the taxonomy and ecology of crustose, saxicolous lichens, with a particular interest in the non-yellow species of the genus Rhizocarpon and the Porpidiaceae, was hired in 1999 to curate the lichen collection. During his 20-year career at the MSU Herbarium, he oversaw the re-activation of the lichen collection, concentrating on digitizing the lichen collection, reinvigorating lichen research, and ensuring that information from the collection was made available to the lichenological research community. Dr. Fryday retired in 2019, but continues to conduct active research, especially with regard to lichens of southeastern Alaska, South Africa, and the Falkland Islands. 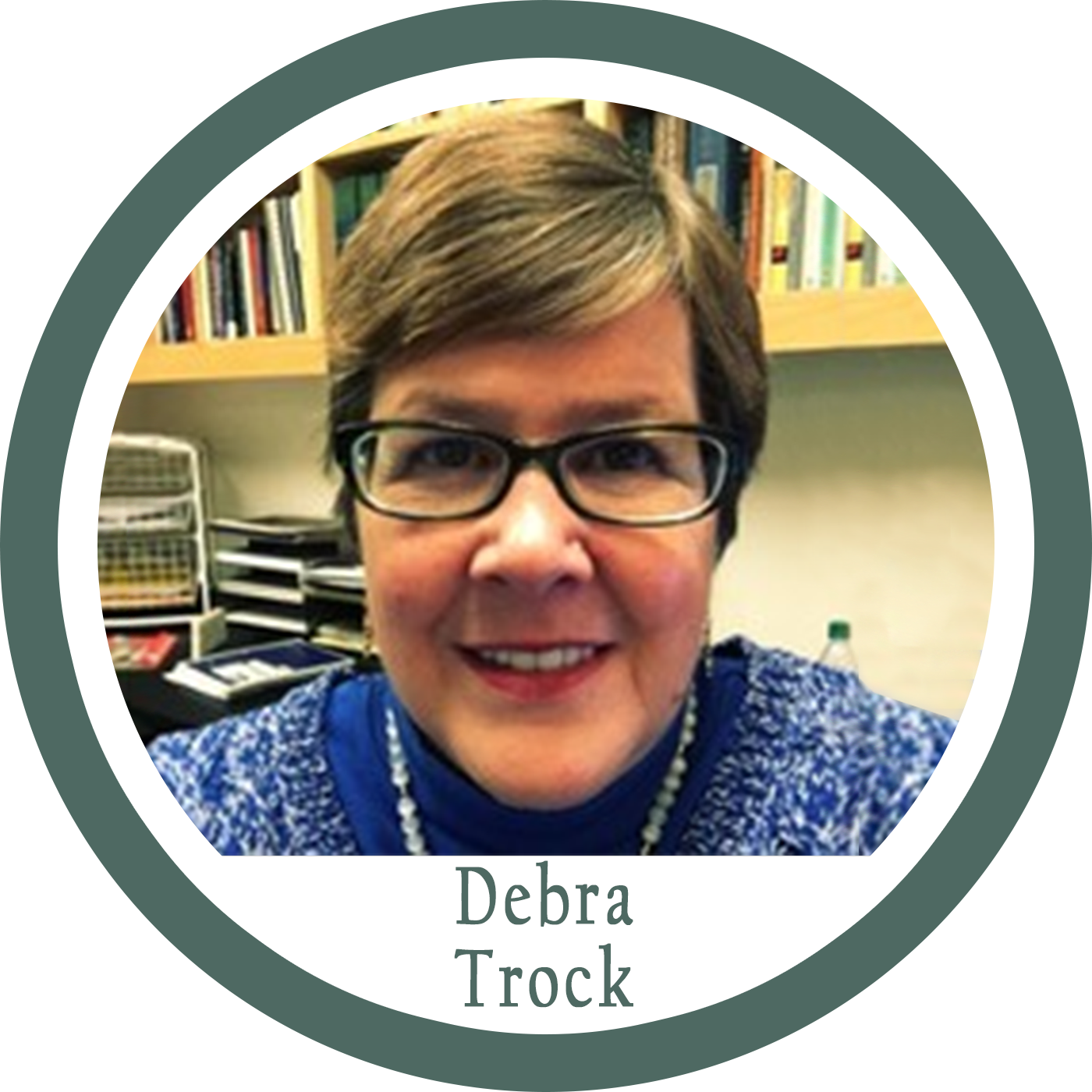 Debra Trock worked at the MSU Herbarium from 2002 - 2005 as Assistant Curator. During this time she received a grant for digitization of the flowering plants from Michigan and oversaw a team of student digitizers. Her work required developing the first database for the vascular plants of the MSU Herbarium in Specify. During her tenure she made important contributions to our teaching program and was responsible for the day to day operations of the herbarium. 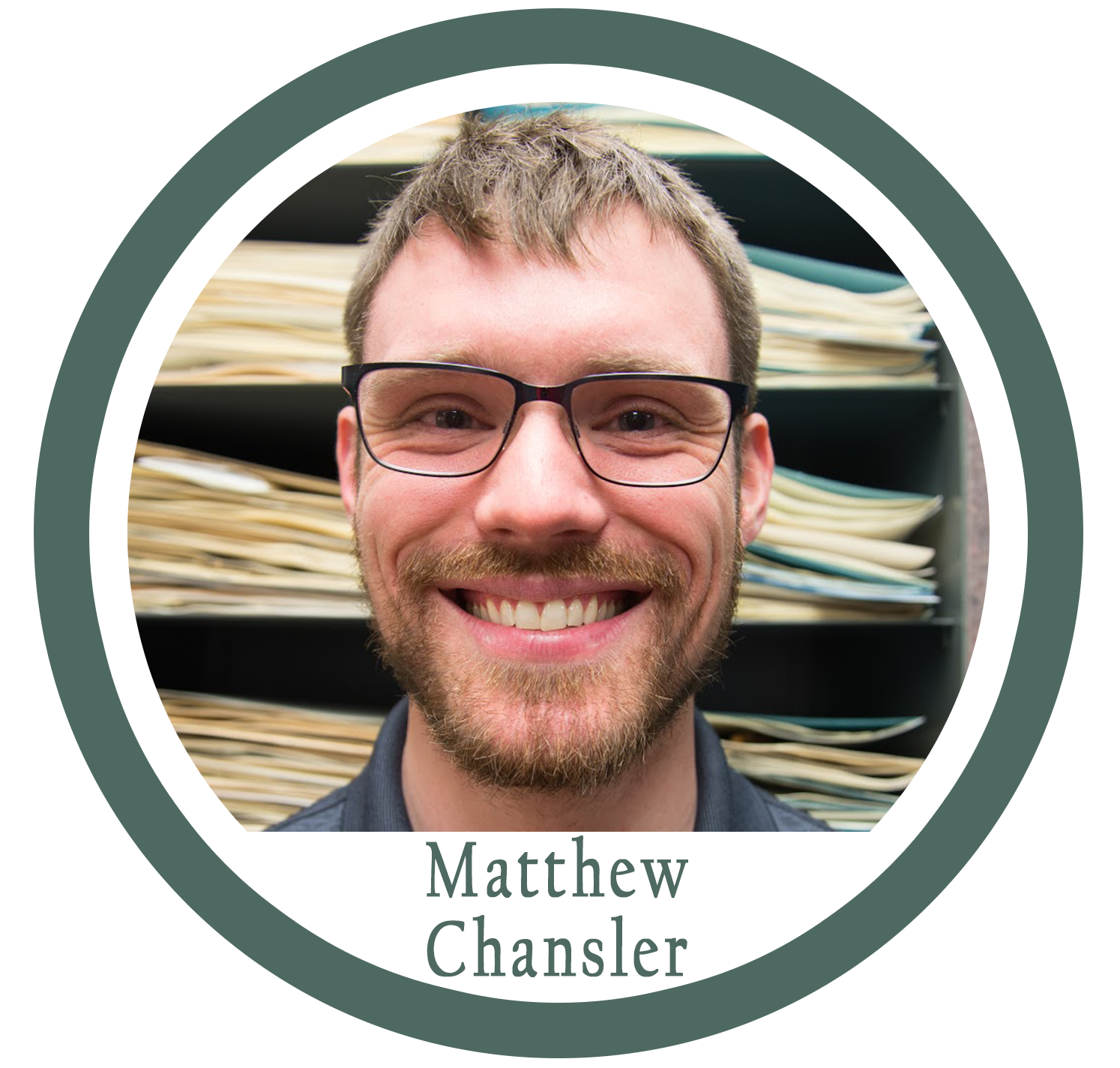 Matt Chansler started as Collection Assistant in 2019.  As a facilitator, Matt supports educational and research activities by providing specimen access, coordinating activities of undergraduates and volunteers, and managing workflows for specimen acquisition and digitization.